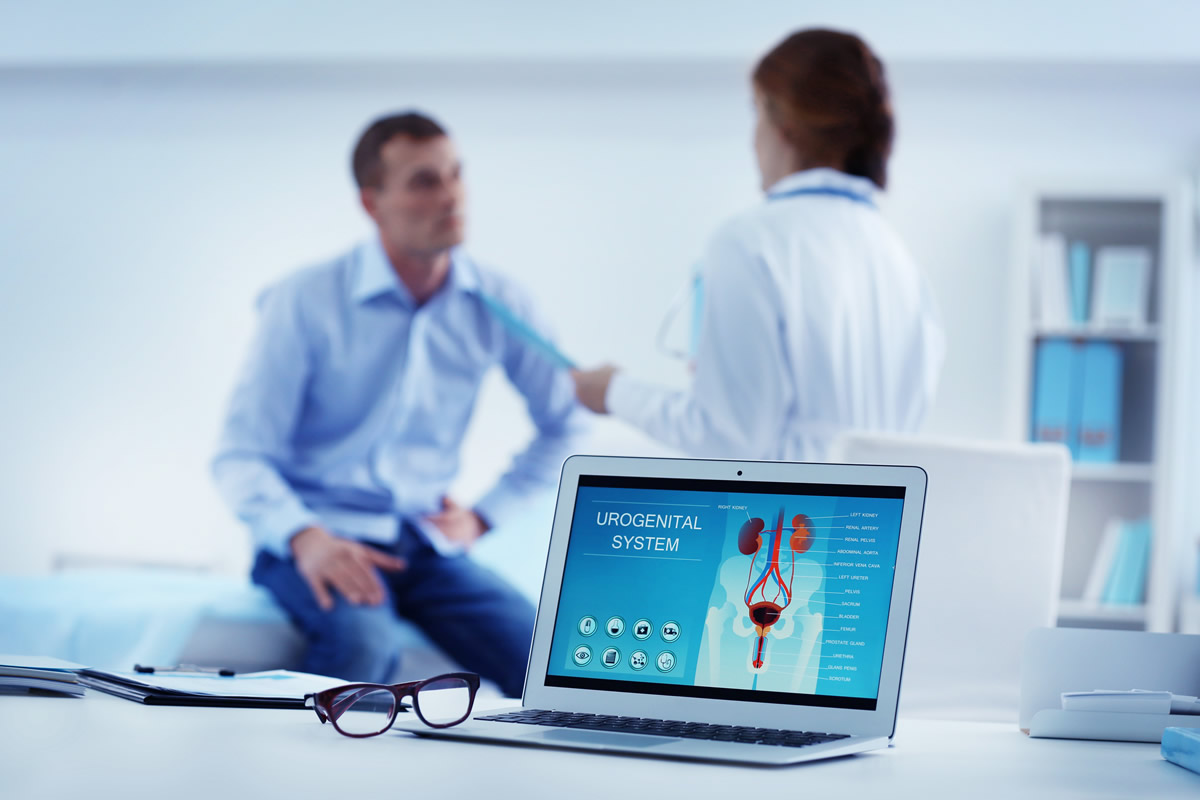 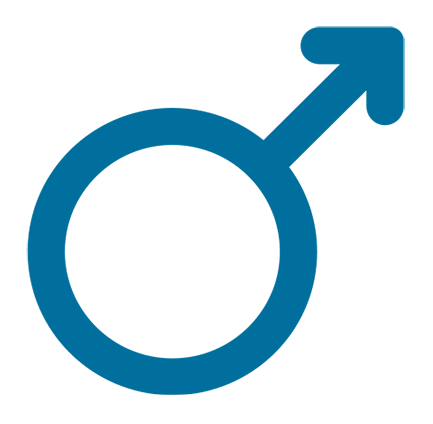 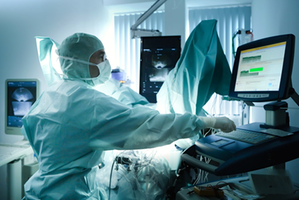 Purpose: This study aimed to prospectively analyze the role of magnetic resonance spectroscopy

Experimental Design: This was a prospective randomized single-center study. One hundred and

samples targeted on suspicious areas were associated to the random biopsy.

Results: At the second biopsy, a prostate adenocarcinoma histologic diagnosis was found in 22 of 90

Conclusions: The combination of MRSI and DCEMR showed the potential to guide biopsy to cancer

foci in patients with previously negative TRUS biopsy. To avoid a potential bias, represented from having taken more samples in group B (mean of cores, 12.17) than in group A (10 cores), in the future a MRSI/DCEMR directed biopsy could be prospectively compared with a saturation biopsy procedure.

Materials and Methods: Twenty-one patients with a high prostatespecific antigen (_4.0 ng/mL) and at least 2 prior negative transrectal ultrasound-guided biopsies of the prostate underwent an endorectal coil 3T MRI, which included T2-w, diffusion weighted and dynamic contrast enhanced MRI. From these multimodality images, tumor suspicious regions (TSR) were determined. The 3D localization of these TSRs within the prostatic gland was translated to the T2-w MR images of a subsequent 32-channel coil 3T MRI.These were then biopsied under 3T MR guidance.

Results: In all patients, TSRs could be identified and accurately translated to subsequent 3T MR Images and biopsied under MR guidance. Median MR biopsy procedure time was 35 minutes. Of the 21 patients, 8 (38%) were diagnosed with prostate cancer, 6 (29%) had evidence of prostatitis, 6 (29%) had combined inflammatory and atrophic changes, and only 1 (5%) patient had no identifiable pathology.

Conclusions: Multimodality, 3T MRI determined TSRs could effectively be translated to T2-weighted images, to be used for MR biopsies. 3T MR-guided biopsy based on these translated TSRs was feasible, performed in a clinical useful time, and resulted in a high number of positive results.

This website uses cookies to improve your experience while you navigate through the website. Out of these, the cookies that are categorized as necessary are stored on your browser as they are essential for the working of basic functionalities of the website. We also use third-party cookies that help us analyze and understand how you use this website. These cookies will be stored in your browser only with your consent. You also have the option to opt-out of these cookies. But opting out of some of these cookies may affect your browsing experience.
Necessary immer aktiv
Necessary cookies are absolutely essential for the website to function properly. This category only includes cookies that ensures basic functionalities and security features of the website. These cookies do not store any personal information.
Non-necessary
SPEICHERN & AKZEPTIEREN